Research reveals 65% of UK businesses surveyed are now implementing a shorter week for some or all of their staff.

The pandemic has made a four-day working week more attractive to workers and businesses, study finds

The COVID-19 pandemic, lockdowns and shift to remote working has had a significant impact on organisations’ attitudes towards a shorter working week, new research from Henley Business School has revealed.

The longitudinal study found that 65% of UK businesses surveyed are now implementing a four-day working week for some, or all, of their staff, compared with 50% who answered a similar survey carried out by Henley in 2019.

What’s more, businesses which have introduced a four-day week are already benefiting from significant financial savings, with those surveyed claiming to have saved an estimated £104bn, approximately 2.2% of the UK’s annual turnover.

The new report, titled The four-day week: The pandemic and the evolution of flexible-working, explores the benefits of working fewer days to both organisations and workers, including improved quality of work (64%), the ability to attract and retain the right talent (68%), and employees feeling less stressed at work (78%).

The study is part of an update to the business school’s 2019 report Four Better or Four Worse, which explored the relatively new concept of a four-day working week and the potential financial impacts on businesses. However, the pandemic brought the conversation to the fore in ways the researchers could not have predicted and provided an unexpected testing-ground for flexible working practices which were previously thought to be unattainable.

The new research explored what flexible working options were most appealing to employees, with 69% stating that working fewer days for the same pay, while being able to choose which day they took off, was the most attractive option. Rather unsurprisingly, 61% also said they would choose to take Fridays off.

The pandemic has also improved attitudes towards working from home, with 51% of workers supporting a move to home-working, compared with 43% in 2019. The study found a general disdain for commuting among employees’ reasons for wanting to work from home, with 62% stating this as a key reason to choose flexible working, and 27% of employees surveyed even said they would be willing to take a pay cut in order to work from home.

Dr Fontinha said: “Organisations are only just beginning to understand what impact the pandemic has had on their business and management culture. Responding positively to the call for greater flexibility could be of huge benefit to the workplace and the greatest silver lining to come from a pandemic that has brought such hardship to many.“

“Businesses need to better understand their employees’ desires and aspirations, to enable them to recruit the best people and to keep those people happier and more productive in the workplace.”

The research also sheds light on what workers would do with their extra day off, with 68% of employees believing that their personal life would improve as a result of a change in work practices.

Of those surveyed, 67% and 66% said they would prioritise spending time with friends and family respectively.

More than half of respondents said they would like to take up a new hobby (51%), do more shopping (58%), and spend more time eating out at restaurants (48%), bringing a much-needed boost to the high street.

Interestingly, 32% of people asked said they would spend their extra day off taking on additional work, either in another sector or setting up their own business. This number was up 9% from 2019, suggesting the pandemic has given people more time to consider different ways to boost their income.

Volunteering also featured highly on many people’s wish-list, with 36% saying they would like to take up more charity work in their free time.

Professor James Walker, Director of Research at Henley Business School, said: “When we previously examined the potential benefit to businesses of the four-day week in 2019, most employees were largely speculating about what they would do if they had greater flexibility. The experience of the pandemic altered the picture, with those moving from the work office to the home office now having time to devote to activities, or those moving back to the office having a clearer perspective on what they want to do outside work.”

“Improved family and leisure time are factors in an anticipated improvement in mental health and wellbeing, which has been strongly associated with performance in the workplace.”

The study also found that employers’ concerns about introducing a four-day week had significantly diminished during the pandemic. In 2019, 82% of firms who were not offering a four-day week to employees were worried that any productivity gains would be outweighed by a rise in staffing costs, however, according to the latest report, only 65% held this view in 2021.

Employees were nervous about how working fewer hours would be seen by their colleagues, with 45% stating that they would be put off moving to a four-day week if they were perceived as lazy, and 35% would be concerned about handing over their work to colleagues.

She said: “Starting with a particular department or subsidiary for a limited time can be a good way to test the water and assess the preliminary results of this change, making sure that managers and employees are all on the same page.” 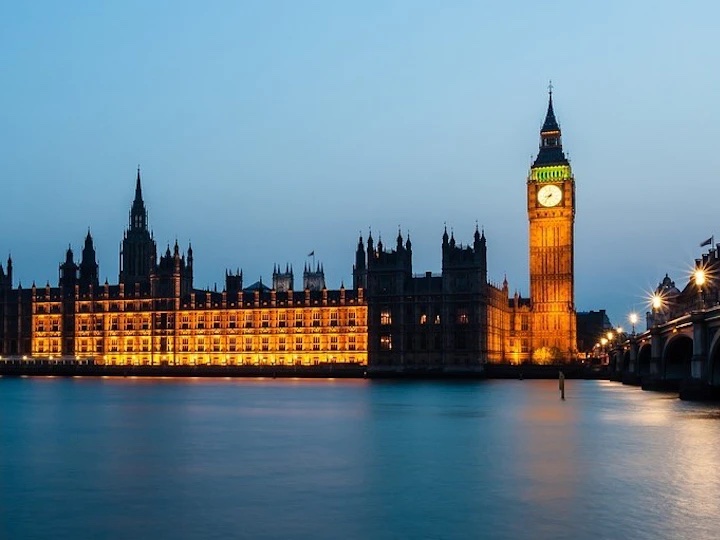 Sunak’s path to PM: a tale of intersectionality