Can Personal Development start a movement?

I was recently challenged by my colleague Professor Bernd Vogel with a question that forced me to shift my perspective a little: “How can Personal Development move organisations?” I had not considered this but the question is legitimate.

We have come to the end of our second year with COVID and the last 12 months have provided no shortage of leadership and change subjects worthy of comment from a business school. The climate crisis, the COP26 event in Glasgow, the emergent and unintended consequences of past (and present) economic assumptions, the political, commercial, and social ramifications of the COVID-19 pandemic, alongside many other questions of social justice and business ethics. Closer to home (literally) has been the unchecked epidemic of online meetings, a reframing of work and career signalled in the phenomenon of ‘the great resignation’, and the as yet largely unexamined toll on health and well-being exacted by, well, everything.

Has 2021 left you at a loss for what we need to do next? In the great fuss of complexity, it feels that we rarely have anything truly new to say beyond commentary. We struggle to explain what’s going on, let alone change it. We fail to predict with any accuracy what will happen next or the consequences of our actions. Organisations are dealing still with the same fundamental questions they were in 2020.

Can our third year with COVID be approached differently? Maybe. I was recently challenged by my colleague Professor Bernd Vogel with a question that forced me to shift my perspective a little: “How can Personal Development move organisations?”

My answer is yes, in two ways. The first is via the direct route of experience, and the second is via an indirect application of certain principles. Both come with caveats and limitations.

1. The direct route: by experience

PD deals with self-awareness and aims for sustainable health and well-being over a human lifespan. Self-awareness moves the individual in their development, leading eventually to new possibilities, beliefs, and actions. If every individual in an organisation were to go through personal development, they would surely present at work in more considered, perhaps more considerate ways. You could then expect this to influence what goes on. Perhaps you would see a shift in the organisation itself. So in the common-sense way of combining the efforts and minds of its people, yes, PD could move an organisation.

Can we still find a way of bringing this idea of sustainable health and well-being of organisational life? In other words, the key to change in organisations may not reside in the self-awareness of its staff but in a wider, systemic pattern.

A human is an existential and lived reality. Self-awareness in humans is a tautology; only something capable of being self-aware can be self-aware. In what sense can an organisation be capable of self-awareness? For centuries, we’ve struggled to figure out self-awareness at the psychological, corporeal level, so how are we to define it at the social, corporate one?

An organisation is a legal fiction, born and buried in a court and defined in law. Self-awareness in organisations is a convenient social construct, a negotiated agreement, and equally a fiction. An organisation cannot be self-aware, but because it is the product of human imagination, that imagination projects something like self-awareness onto it. We imbue the organisation with an individual’s traits. We then expect “it” to feel, think, and act. This sets up a web of very powerful but illusory consequences. So there is a problem with the question as a direct and literal one.

2. The indirect route: by principle

If certain principles of self-awareness can move a person, would the same principles work for an organisation? This is what Organisational Development has been trying to find out for decades, with much creativity but without much success, in my view. One problem is the organisational wish for a quick fix, magic recipe, or short-cut. They grab hold of hand-me-down principles (theories) that have been worn so many times that they are now full of holes. Another problem is the fallacy of misplaced concreteness, or mistaken belief that an organisation is a person and capable of self-awareness in the same way.

The way that PD can help, I think, is in the form of enquiry. My answer is yes, PD principles can help, but indirectly and abductively as examples of deeper patterns and underlying principles. The principles that make the self-awareness journey at a business school rewarding and powerful may also apply to the organisation. With that in mind, here are three tentative but fundamental principles for a reformed way of thinking about organisations such that we can begin to answer Bernd’s question. Each is an existential aspect of awareness that we use in the PD module:

Organisations get stuck in their static machinery, but if those running things can see how these principles work, they will be closer – in their roles – to sustainable health and well-being for the system. The catch is that this calls for a reform of what and how we define Organisational Development, and perhaps even of how we define leadership. Maybe this can be a call to action for a new movement? 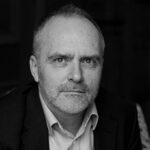 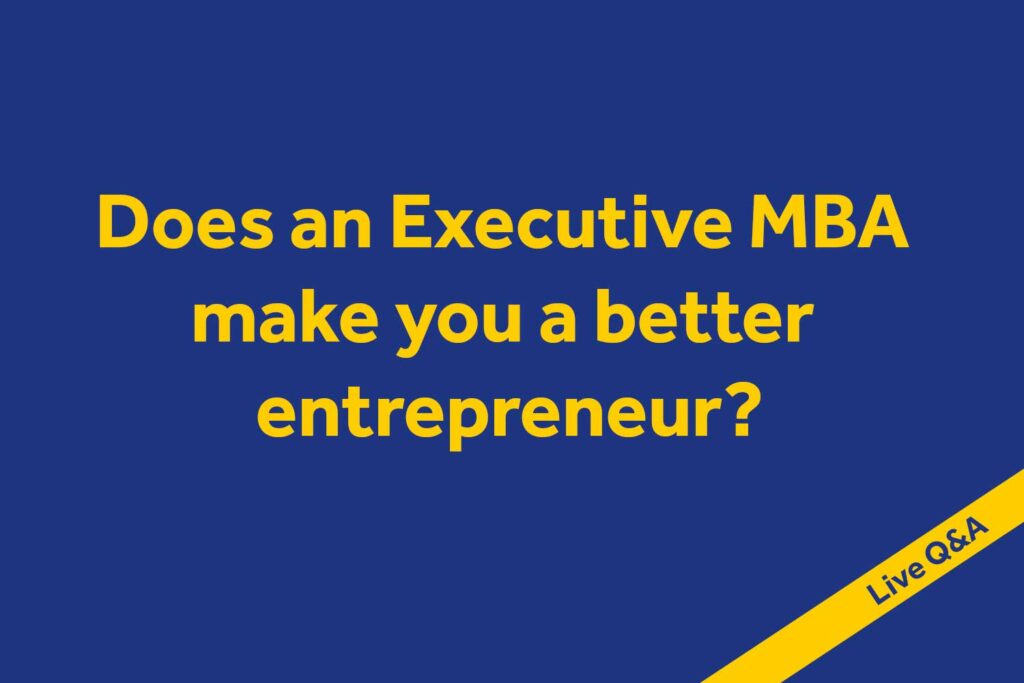 Live Q&A session: Does an Executive MBA make you a better entrepreneur?

Join us for an Executive MBA taster session on How to build a customer-centric organisation and achieve superior competitive advantage led by Professor Moira Clark to explore fresh insights from academia and practice.
Online Executive MBA